When I first saw SÖDERHAMN, it was love at first sight. We had spent the entire day, and the better half of a week, looking for furniture for our new apartment. We visited one-too-many dodgy department stores with far-too-eager salesmen. There was also the amazing (no sarcasm) experience we had with Nebraska Furniture Mart. It was the largest store I think I’ve ever been in, which is worth a tale of its own. However, this arduous task seemed impossible and my wife and I were starting to lose hope. Alas, our final stop of the day led us to IKEA.

And there it was! SÖDERHAMN, the beautiful sectional couch. The couch that had the exact dimensions for our living room. All other sectionals were too big and far too expensive for our budget, but not you, SÖDERHAMN. You were made for us. We immediately found the salesperson (thanks, Steve!), and asked him what we needed to make SÖDERHAMN ours. If you’re not familiar with IKEA, they give you a list of items (most large items come in several packages) to take with you down to the warehouse. List in hand, we found another IKEA staff member in the warehouse, and completed our order. SÖDERHAMN, in all its glory, wasn’t going to fit in our Subaru, so we scheduled a delivery for a very reasonable fee. If you’re still reading this riveting tale of furniture retail and wondering how on earth Pokemon are involved, I’m getting there.

We moved in January to a completely new city and a new, unfurnished, apartment. We had just started off on our own and needed several pieces of furniture, namely the essentials: a bed, couch, and kitchen table. Additionally, we dropped down to a single income while I stay at home with our infant son. With tons of new circumstances in our lives, I wanted to think of a creative solution to offset some of these costs without dipping into our savings or taking on excessive consumer debt. This is how I started wheeling and dealing Pokemon Cards, and how they have paid for our kick-ass couch.

An aside: Yes, we could have purchased a used couch. Yes, it is suboptimal in terms of keeping large purchases to a minimum in order to pursue financial independence (a goal my wife and I share). No, it’s not great for the environment. All valid reasons, I hear you. To be fair, finding one used was pretty tough in the middle of winter. We just wanted a couch that was comfortable, reasonably priced, and whose quality would hold up with a baby (soon to be a bumbling toddler, and then full-fledged kiddo). I have strong feelings that SÖDERHAMN will not disappoint us in those departments. After all, it has machine-washable, fashionable cushions.

The Pokemon Trading Card Game (TCG) has been around since I was in middle school (late 1990’s for those who aren’t familiar). It was originally produced by Wizards of the Coast, the same company that acquired vast piles of gold by creating the Magic the Gathering card game. The Pokemon TCG has its own set of rules and play mechanics (similar to the video games) and is still wildly popular with fans of the anime, video games, and all things Pokemon. The cards are pretty simple, with only a few card types. Most are the Pokemon cards themselves, containing the Pokemon’s name, image / illustration, and abilities / moves they can use to engage your opponent (requiring energy, another card type), who is another player sitting across from you.

The early cards are also pretty collectible, for a variety of reasons. They’re a cool piece of history for Pokemon fans. There are fantastic holographic cards that spark nostalgia and joy. The series is still immensely popular and as millenials and Gen X’ers have kids of their own, the series is making the leap from one generation to the next. Finally, there are a variety of unique cards to chase down. I personally loved collecting the cards and playing the games as a kid, so for these (and probably a plethora of other) reasons it makes sense why people still collect them.

Besides the collectability of these cards, I chose to sell them, as opposed to other products, for a few other reasons:

I started tracking down some of these cards to see if I could, in turn, pay for some of the furnishings in our house. I looked at wholesale lots on eBay that were mis-listed (either by spelling or category), had few pictures (but often had itemized lists), had a low auction price (usually avoiding most buy-it-now listings), and those ending at bizarre, early morning times. Any combination of these factors were ideal listings for me to bid on. Side note: I had a baby who wasn’t sleeping through the night at this point, so trying to win late-night auctions wasn’t a problem. Trust me, I’d have preferred the sleep had it been an option at the time. Prior to this, I spent some time researching what cards had held their value, what sold best, and determining my max bids so I could get a decent return on investment. I wanted to make sure I wasn’t overpaying on the inventory I was building.

I’ll admit, there was a bit of luck involved in all of this. When lots were arriving to my door, I was often looking for mint cards. After all, collectors do not want scratched, damaged, or bent cards. Thankfully, many of the individual lots had some really fantastic cards, helping me acquire many of the sought after holographic cards and build complete sets to in turn sell to prospective collectors. I marketed cards in creative ways — sets of uncommon/common cards, individually sought after cards, complete sets, played card lots, etc. After a few months, I had a sizable and quality inventory. I put together listings with great images, detailed card lists, free shipping, and stated I would pack safely to ensure the cards would arrive in the condition the buyer would expect and appreciate.

I had a few fantastic finds along the way. If you’re familiar with the early series of cards, there’s a Base Set, Jungle Set, and Fossil Set, which are the first three sets in the game. My luckiest finds involved cards from the base set. As I mentioned before, there’s an illustration of the Pokemon on the card. In virtually all printings of the first three sets, there’s a shadow-effect on the frame around the Pokemon’s picture. There was one instance in the printing of the base set that the shadow effect was missing from all cards. They have a unique copyright date and are noticeably different from their shadowed counterparts. These cards are commonly referred to as “Shadowless” base set cards. Some of these individual cards can fetch hundreds, if not thousands of dollars, and a complete set can cost a fortune.

Profit! And a Free Couch!

Over the months, I happened to come across a few hundred Shadowless cards, most in surprisingly good condition. My luck hit its pinnacle when a lot I bought contained a shadowless Charizard (one of the most popular Pokemon and the most sought after card in the Base Set). This card was in condition worthy of professional grading, so I sent it off for a small fee to help pinpoint its true value.Turns out I had a card worth around $300 based on its condition. I combined it with other shadowless cards and found a buyer interested in the lot. I had purchased that lot of cards for $50 on a listing that lacked any photos but had a list of the cards within, Charizard being one of them. In total, that lot netted me around $400 of profit, even after eBay, Paypal, and card grading fees.

Over a 4-month period, I sold a number of cards, sets, and other things on eBay. The main goal was to pay for the couch and see how far this little side-venture could take me. I’m happy to report that I’ve well exceeded this goal, nearly paying for all our furniture purchases through this eBay venture. Does SÖDERHAMN seem more comfortable after this fun and challenging endeavor? It sure feels that way. Overall, this was a fun little project. I found a product that had value and got to revisit childhood memories of collecting and playing while sorting through the cards. It didn’t take much time. I dropped off orders to the post office a few times a week. Collecting the fruits of my labor was as simple as transferring to my PayPal account. I sold the last of my Pokemon cards (a complete set of Base, Jungle, Fossil, and Theme Decks) to a buyer who was quite excited to find the small collection I had assembled. Having caught all the Pokemon, it was time to retire the Pokedex and flop on the couch to enjoy a game. Thanks for reading! 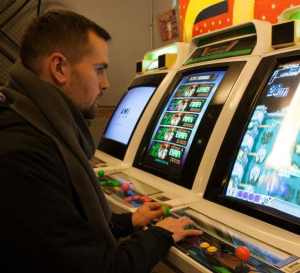 I am very passionate about gaming, financial freedom, and saving money on my hobbies. Take a look around for advice on Financial Independence, Gaming, and more! :)